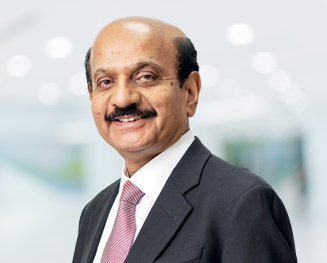 As Executive Chairman, BVR Mohan Reddy focuses on the medium- to long-term future of Cyient. He is a member of the Corporate Social Responsibility Committee and the Stakeholders Engagement Committee of the board and is actively engaged in enterprise-wide leadership development, innovation, and CSR.

Mohan founded Cyient (earlier known as Infotech Enterprises) in 1991, with the vision of providing engineering services to global markets. He established the “Engineered in India” brand and led Cyient to contribute more than $5 billion in cumulative exports to several global clients, including many Fortune 100 companies.

Mohan has taken up several leadership positions to promote higher education in the country. He is currently the Chairman of the Board of Governors of IIT Hyderabad and IIT Roorkee. He is a member of the Leadership Advisory Board (LAB) at the University of Michigan College of Engineering, USA, and a member of the Court of Governors of Administrative Staff College of India (ASCI).

Mohan received the Padma Shri, India’s fourth-highest civilian award, in 2017 for his contribution to trade and industry. He is the recipient of the Distinguished Leadership Award of the American Society of Mechanical Engineers (CIE Division). He was conferred Lifetime Achievement Awards by the Hyderabad Management Association (HMA), Hyderabad Software Enterprises Association (HySEA), and the Centre for Organization Development (COD), recognizing his industry leadership, corporate excellence, and institution building. He is the recipient of the Distinguished Alumnus Award from IIT Kanpur and is a fellow of the Institution of Engineers (India).

Mohan holds postgraduate degrees in engineering from IIT Kanpur and the University of Michigan, USA. He is the recipient of honorary doctorates from JNTU-Hyderabad, JNTU-Kakinada, Andhra University, and KL University. 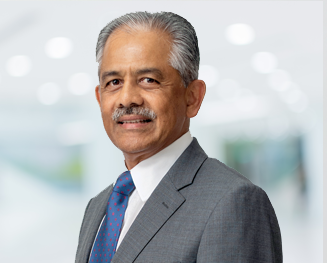