Gender diversity continues to be a key priority for Cyient, and as such, we are striving to create a fulfilling, inclusive, and diverse place to work, with equality and fairness at the center of our values, policies, and day-to-day practices. Since the previous gender pay gap report, we have established a global community of inclusion ambassadors to develop iniaitives or ‘nudges’ that will have positive impact on inclusivity within our people processes, practices or policies at Cyient.

We continue to ensure that our female employees have equal opportunities to achieve career progression as our male employees within the organization. Cyient therefore welcomed the legislation introduced by the UK Government in 2017 for companies with 250 or more employees to report their gender pay gap. The company believes increasing transparency is a vital step toward closing the gender pay gap.

Proportion of Associates in Each Quartile Pay Band

In the UK, we are confident our gender pay gap is not the result of a systemic equal pay issue, due to our reward and recognition practices including a gender pay audit. We have carried out an extensive analysis to better understand the causes of our pay gap and will proactively take action and communicate the actions we take to tackle it. Our median gender pay gap is 22.7% while our mean gender pay gap is 24.4%. This is mainly driven by the irregular distribution of women and men across the roles and organization. Similar to other employers within the engineering sector, we have a greater proportion of technical roles such as engineering, project management, and technical support, which represent a significant portion of our UK workforce. We are encouraged by the fact that we have increased the number of women hired in our UK business compared to 2017. Additionally, we continue our commitment to focus on diversity during our promotion and recruitment processes.

We have broken down our reportable UK pay, from lowest to highest, and then divided this into four equal sub-populations (upper quartile, upper middle quartile, lower middle quartile and lower quartile) to show how the distribution of women and men varies according to each quartile. Our female population is situated in the lower pay quartile and our highest pay quartile is heavily male-dominated and so we are working to ensure a more effective balance moving forward.

Our Actions to Close the Gap

At Cyient, our aim is to ensure that our associates can reach their full potential. We are sharpening our focus on building inclusive and talented leaders by attracting, developing, and retaining our associates. Over time, we are confident that this approach will help us to close the gender pay gap and support our goal of being an employer of choice.

We confirm that the gender pay calculations are accurate and meet the requirements of the Equality Act 2010 (Gender Pay Gap Information) Regulations 2017. Cyient Europe Limited has assured the calculations, data, and assertions in this document. 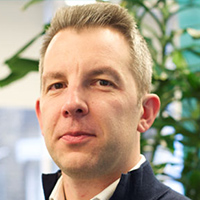 "As an organization we prize diversity and recognize that many of the actions we need to take to address the gap are not directly about pay, but ensuring we continue to build an inclusive culture through our diverse business segments. To that end have taken positive steps to create an environment where talent, irrespective of gender, race, nationality, age, sexuality, or physical ability can flourish and where we invest in our people through structured development programs, recognize and reward performance through merit-based approaches, and create leaders of the future through transparent succession planning processes. Our commitment to creating a truly diverse and inclusive business in the UK will lead us to the path of eliminating pay gaps." 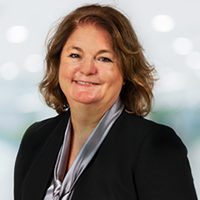 “Cyient is committed to creating an inclusive culture that ensures organizational policies, practices, procedures, and behaviors are conducive to recruiting, retaining, and developing a diverse, high performing workforce that draws from all segments of society and values fairness, diversity, and inclusion. Cyient has established global associate resource groups for gender equality, disabilities, and veterans to ensure we attract, retain, and promote strong leaders. We are also developing a management training program to ensure our managers motivate and empower their teams regardless of gender, race, religion, age, nationality, and sexual orientation.”